June 29, 2022 At ArtsJunktion With Adrian Alphonso and Justin Bear 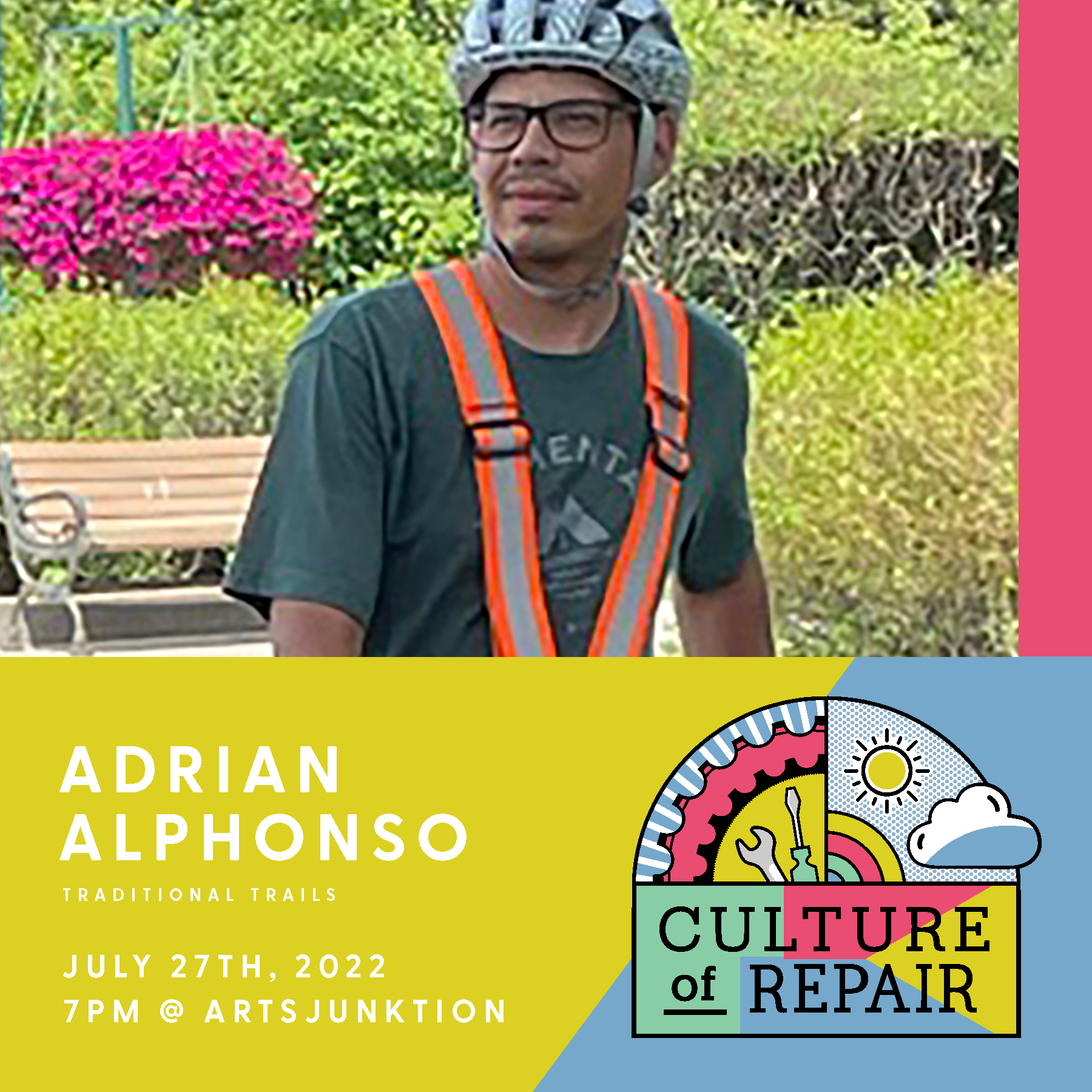 With both indigenous and immigrant roots, the Winnipeg cyclist—designated Minwaadizi-Makwa in Ojibwe—is a key figure in Winnipeg’s cycling community.

A self-described son, husband, friend, father and cyclist, Adrian is categorically a local trail hero (although he’s far too humble to admit it). As a youngster, he and his friends built cycling paths in the heart of Winnipeg along the Red River. They wanted technical routes to ride their bikes, so they purchased garden tools from a garage sale and—over the course of a few weeks—constructed trails. They noticed that other riders were using the freshly-constructed trails, and they were enjoying them. 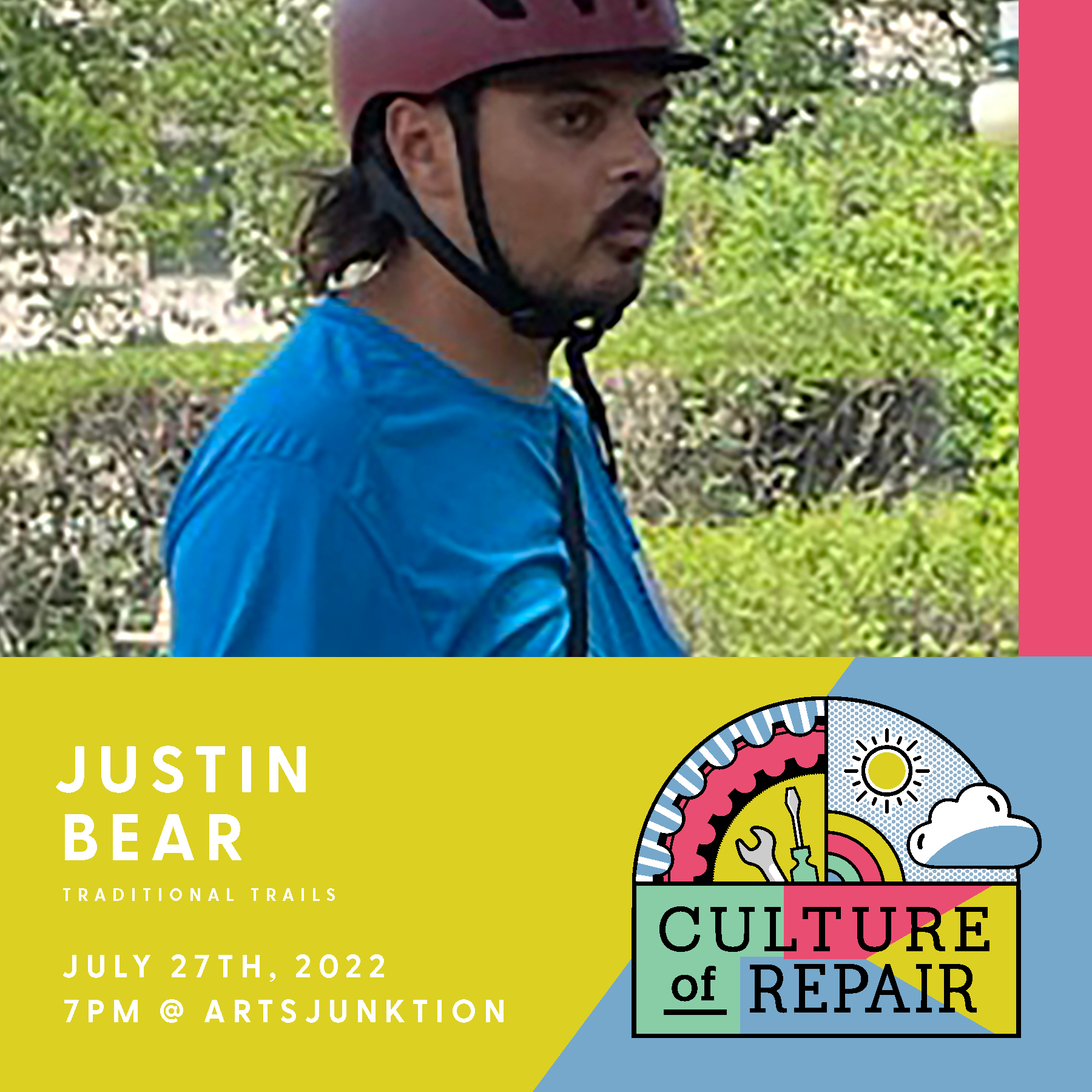