ARTSJUNKTION, 312 WILLIAM IN THE COURTYARD

Dress for the weather! (If it rains/weather is very bad, we will be indoors)

Accessibility notes: The bathrooms are indoors and there are five steps to get into the building.

We will be audio recording the event and sharing post-event. 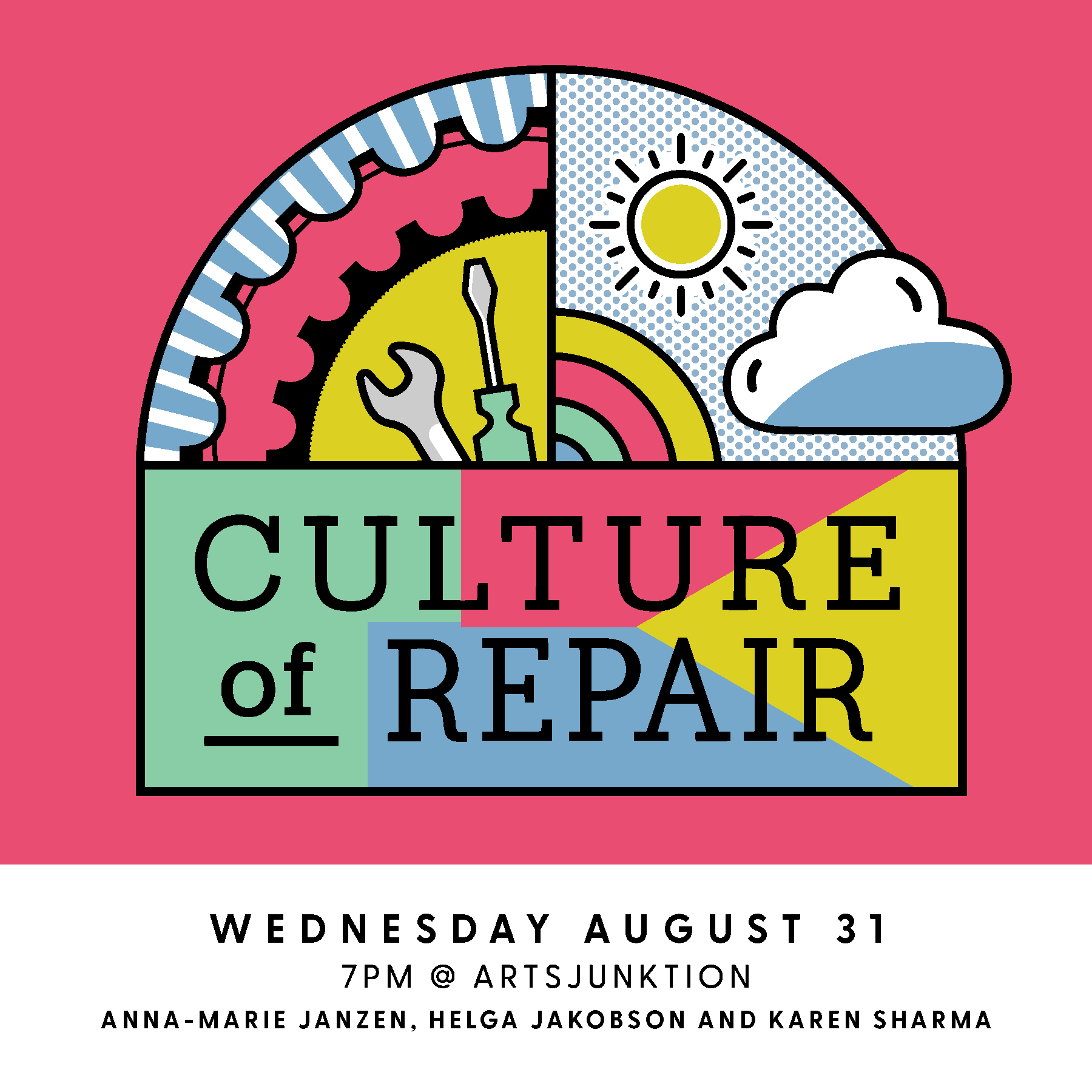 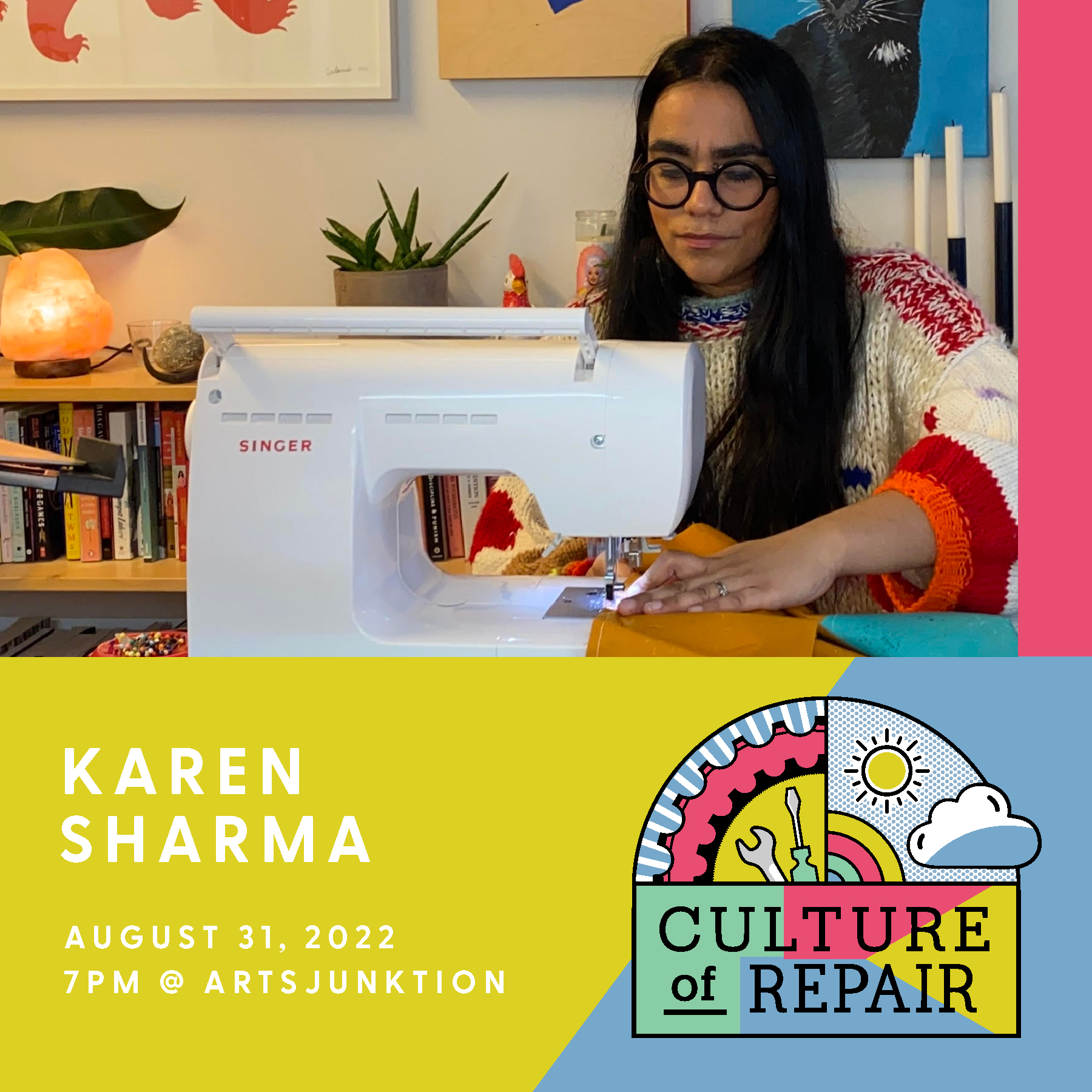 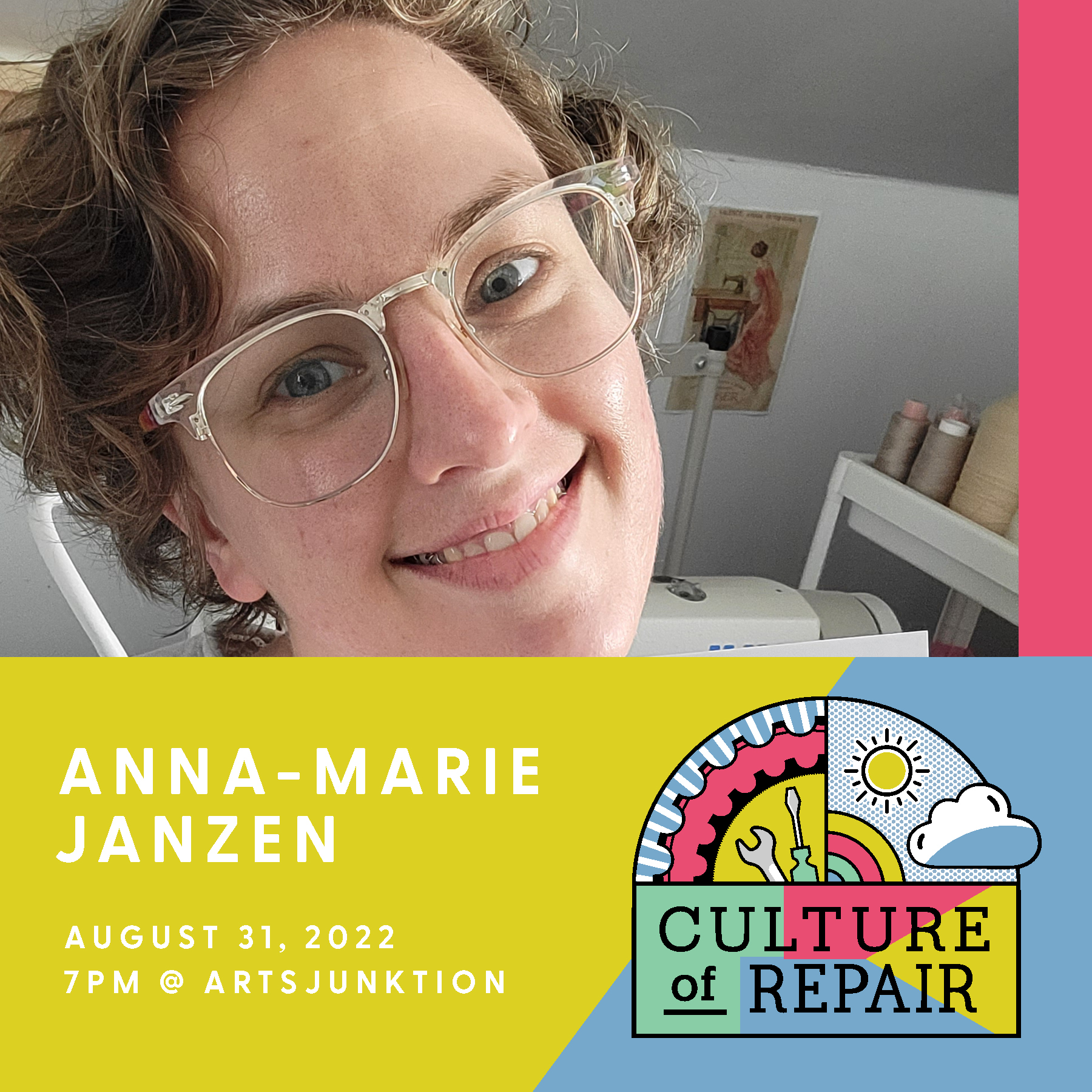 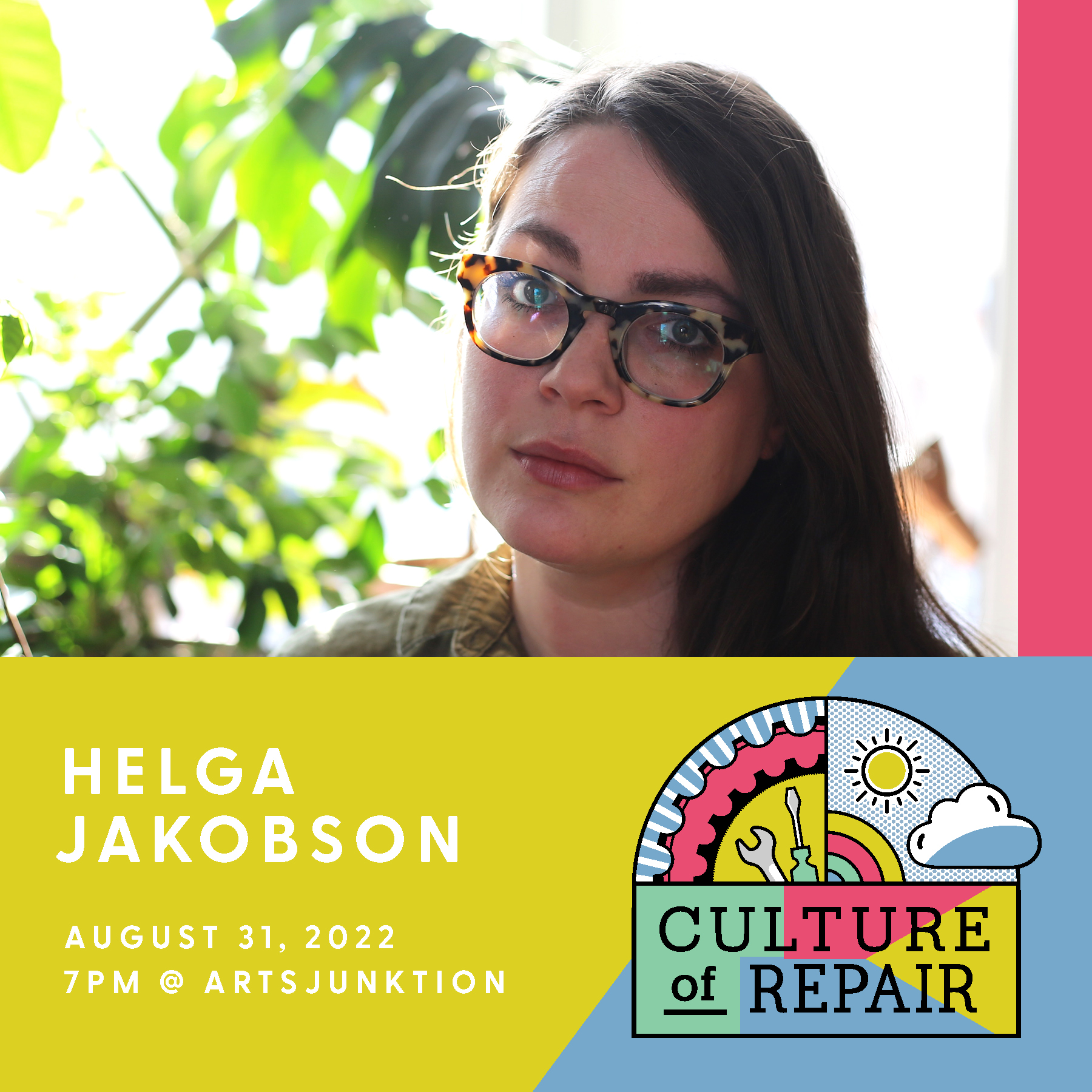 Karen Sharma (she/her) is a first generation South Asian living in Winnipeg – Treaty One territory. Karen is currently the Acting Executive Director of the Manitoba Human Rights Commission, where she has worked for the past six years. As the Commission’s Executive Director, Karen's job is to lead promotion and protection of human rights in Manitoba through administration of Manitoba’s human rights complaints system; the development of policy and research; and the delivery of human rights education. In addition, Karen is a co-organizer with Queer People of Colour Winnipeg, an organization that creates programming that centres and celebrates Two-Spirit, Queer and Trans Black, Indigenous, people of colour. Karen also co-chairs the Board of Directors of the Women’s Health Clinic. In her spare time, she can be found DJing local dance parties and quilting, both under the pseudonym Lucky Sharms. She lives with her partner and pets in Winnipeg’s North End.

Anna-Marie Janzen is the owner and operator of Reclaim Mending, a Winnipeg small business focused on making clothes last longer. Anna-Marie was taught how to sew very early in life by her grandmother, and has been interested in fair and slow fashion since she was a teen. Her goals are to help people keep the clothes they love and love the clothes they have, empower people to learn to do their own repairs, and to divert textile waste from the landfill.
Helga Jakobson is the Executive Director of ArtsJunktion and an artist. In 2017, she received an MFA from AKV St. Joost (The Netherlands) in conjunction with courses in the Transdisciplinary New Media program at the Paris College of Art (France). She has participated in residencies across Canada and Europe, has given lectures in France, the United Kingdom, Colombia and Canada. She was selected for the Emerging Excellence Award by the Manitoba Arts Council in 2019, has mentored through numerous programs, and has worked as an artist in the schools. Her practice and work at ArtsJunktion focuses on creating environmental impact through reimagining materials, whether organic or inorganic.
Do you like this page?
Tweet